The Ultimate Checklist for Alimony in Arizona

Divorce is never easy, but when it comes to alimony in Arizona, there are a few things you need to know. This ultimate checklist will help you understand what to expect during your divorce and ensure that you get the best possible outcome. Keep reading to learn more!

The differences between divorce, annulment, and separation

In Arizona, married couples have three options for ending their marriage. Each of these has its own set of requirements and rules, so gaining a basic understanding of these options is a good place to start.

Couples may consider themselves separated when their marriage no longer works and one spouse moves out of the home. While this is physically true, they are not legally separated, and there is a significant distinction between the two.

A legal separation, like a divorce, must be granted by the courts in Arizona. Custody, asset division, and child support issues are resolved and must be approved by the court. This softens the marriage bond without completely severing it. The only thing that legal separation in Arizona does not do is restore a spouse’s right to remarry.

Divorce does not always follow a legal separation. It frequently serves as a much-needed break that allows two people to try to resolve their issues in a less intense setting. Stepping away can often provide additional perspective on what a couple will lose in marriage and possibly provide time for them to heal from the issues that caused their marriage to become stressed.

There are also financial advantages, such as the ability to keep health insurance or continue to file tax returns as a married couple. Furthermore, when a couple is legally separated, each person is responsible for their own financial decisions but not for those made by the other. If a person is not a U.S. citizen and gets a divorce, they may face deportation. However, with a legal separation, a noncitizen can remain in the country even if they no longer live with their spouse.

When a couple obtains an annulment in Arizona, their marriage is declared null and void. Essentially, this means that both people can go on with their lives as if their marriage never happened. Some people choose this option for religious reasons. For example, the Roman Catholic Church does not recognize divorces, and an annulment is an only officially sanctioned way to end a marriage. When Catholic divorces, they may be denied certain religious rights, and any future marriages will not be recognized because the church still considers that person to be married.

An annulment is granted if the marriage was void from the start or if there is a valid reason for the marriage to be void.

An annulment may be granted in Arizona for a variety of reasons, including being underage at the time of your marriage or being married to someone else. Incest, bigamy, fraud or misrepresentation, force, no consummation of the marriage, or an unsound mind are all reasons for an annulment.

In Arizona, divorce is permanent and releases each spouse from all marital obligations. Assuming all requirements are met, the couple will divide assets, resolve child custody and support issues, and other related concerns before asking the courts to issue a final decree that legally ends the relationship. 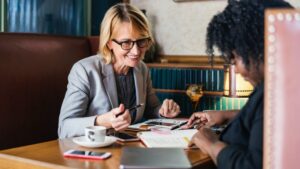 What are the grounds for divorce in Arizona?

Couples in Arizona who have attempted to work out their differences can simply cite an “irretrievable breakdown” as the reason for ending a marriage under a no-fault premise. This means that neither spouse is to blame for the breakdown of their marriage.

In Arizona, there is another option, which is equivalent to a fault-based divorce. This is only possible if a couple has entered into a covenant marriage. A covenant marriage differs from a traditional marriage in that couples must meet several additional qualifying conditions, such as participating in premarital counseling, deciding how they will handle divorce when applying for a marriage license, and agreeing to attend pre-divorce counseling.

When a couple has proven to the court that they have a valid covenant marriage, a divorce can only be granted if it can be proven that:

What are your options for divorce?

You can get a divorce in Arizona in a variety of ways. Which one you choose will be determined in part by your relationship with your spouse and your ability to agree to work together to achieve a common goal. If you can reach an agreement, the right process for your situation could save you a significant amount of time, money, and stress.

An uncontested divorce works when a couple agrees to work together and find ways to compromise with each other rather than instilling hatred and conflict in the divorce process. This is by far the best way for couples to separate and go their separate ways.

When both parties have reached an agreement on all aspects of the divorce, each spouse will file paperwork that will be reviewed by the court. If the court grants permission, there will be no hearings, no need for attorneys to intervene, no delays, and the least amount of stress of any divorce process.

When a couple agrees on the majority of the issues in their divorce but disagrees on some of the minor details, they can turn to mediation. The mediator is a neutral third party who listens to both sides and then proposes solutions in the hopes of reaching an agreement on all points. The goal is to reach an agreement and present it to a judge, who will incorporate it into the final divorce decree.

Couples who need more input and a stronger final outcome can choose arbitration as a process to follow. In arbitration, a private judge will listen to testimony from both parties as a neutral third party and then rule on the elements of the divorce, much like a judge would in court.

When a couple has been married for a short period of time (generally less than five years) and has few assets, no children, and a small amount of debt, they may be able to go through a summary divorce. Summary divorces are quick, inexpensive, and usually do not require the use of a lawyer.

A contested divorce is the final option for getting a divorce. There is a high degree of animosity between spouses, no trust, and a high level of disagreement on key elements such as alimony, child custody, asset division, and more in these types of divorces. These types of cases are the most expensive to settle, take the longest to resolve, and cause the most emotional distress on both sides.