In Arizona, How Much Does It Cost To Get Divorced?

Divorce can be a complicated and expensive process. However, how much you spend will depend on the type of divorce proceedings that have been initiated: A contested case with prolonged litigation typically costs more than an uncontested one which may only require occasional appearances in front of judges for hearings or conferences over custody arrangements where no agreement is reached between spouses seeking to end their marriage through peaceful separation rather than mutual consent followed by legal reconciliation after termination has taken place thereby allowing them access back into society again once finalized granted respectively per state law requirements.

Not only do you have to hire an attorney, but there are other costs associated with it as well like third party expenses for depositions and forensic accountants if the couple has children who will be affected by their divorce proceedings too-and they might need to attend parenting information programs during this time since custody agreements often change hands after separation or even prior thereto because of new developments in relationships between parents/guardians (elderly parents may want more decision-making abilities). After you and your former spouse agree on a mediator, they will request their retainer fee. This is an hourly rate so it’s best if this expense doesn’t come as too much of a shock for either party involved in the proceedings at hand!

How much does an attorney cost?

The cost of a divorce in Arizona can be high. Consider hiring an attorney with experience, who charges between $250 and $550 per hour on average-and the price may go up even more if you’re looking for really quality work done quickly without any mistakes or extra fees added afterwards!

The average Scottsdale family lawyer will charge about 250 – 550 dollars depending upon their skill level which means that they’re not going to give you anything less than top notch service while still being affordable enough where most people would find them useful.

The average divorce lawyer fees in Arizona come out to about $20,000. However there is no assurance that these numbers will vary because every case matters and stands on its own individual terms with regards to value for money spent – meaning some may cost slightly more while others less due only natural differences between them such as complexity or how lengthy it takes from beginning until finished product at hand.

If you are getting a divorce, it is important that the experts can help with all aspects of your case. You may need outside opinions about property or mental health which will require high fees for expert witness work-and not just any kind of opinion but one specific type like an accounting report from someone who specializes in these areas only if needed. 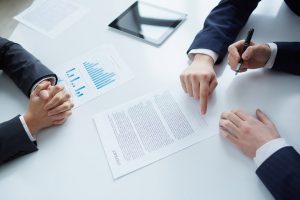 In the absence of prenuptial agreements, a contested divorce can cost anywhere from $25K to over 100k per side. That includes expert witness fees as well!

The average divorce in Arizona costs about $20,000. The cost without a lawyer can range from $577 to over 100 thousand dollars with expert witness fees involved on either side of an argument. For your sake we recommend hiring one so it won’t break the bank!

Hiring a divorce lawyer in Arizona can cost as much $550 per hour. You’ll also have to pay the responding party when filing your response or if both parties agree on consent decree for approval, which amounts out to about twenty nine hundred dollars altogether.