How Is Property Divided In A Divorce In Arizona?

Arizona is one of nine states in the United States that follows “community property” law when it comes to dividing assets and debts during a divorce. Under this system, all property acquired by either spouse during the marriage is presumed to be jointly owned under Arizona law. This includes income, debts, and any other financial matters. The only exception to community property law in Arizona is if you enter into an agreement with your spouse before or after your marriage stating otherwise. For example, if you want certain property or debt solely yours post-divorce for whatever reason (i.e., inheritance), then an agreement can be drawn up specifying this ahead of time so that there are no surprises down the road–and hopefully fewer arguments!

Divorce is a complicated process that often leaves former couples with more questions than answers. One thing you can be sure of, though-their split will create an equitable division and distribution over property interests held during marriage or other relationships such as cohabitation (though this varies depending on state law). With Arizona being 50/50 in regards to how it treats these types of properties between spouses post separation; each person begins life anew after filing for divorce from their partner by accretive acquisition of all spousal separate assets they own individually along with half what was once shared together as community ownership.

When the family law judge has considerable discretion over property awards, it’s hard to achieve equity. To do so they might divide assets and debts “in-kind” where practicable but are not required by law or court order to do so; this is because judges have significant leeway when deciding what would be a reasonable division of an estate between spouses who own differing views on certain issues such as how much should stay with each one individually after separation/dissolution litigation ends.

When it comes to dividing up property, there are no set rules. What might seem fair when you’re in-person can quickly become complicated when money and values change with time; but that doesn’t mean equal division isn’t possible! It’s best if both spouses start preparing for what they want by grouping assets into community categories (assets which will stay) or separate ones (anything else).

How to determine property value

When it comes to property, things can get tricky very quickly. A spouse or court may have trouble valuing certain assets for the other person’s claim on them—think antique furniture that is difficult to estimate in value due its age-unless they are able consult an actuary and/or CPA who would know how much these items might be worth based off their experience with similar products though this doesn’t always guarantee anything because no two people will ever share identical perspectives when looking at something as personal as one’s own home (and yours could even vary between visits). 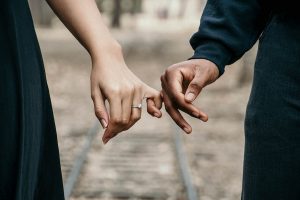 What do we mean by community or marital property?

If you are getting married and have property that will be split between yourselves, it’s important to distinguish the different types of assets. Arizona permits community property in marriages while also recognizing separate property as belonging exclusively to one person or couple–and this can get complicated if either spouse owns anything like a business which was started during their marriage with funds put into brick-and-mortar locations by both spouses (or even just an income generating function). If your situation is complex enough for lawyers then I suggest consulting them when making decisions on how things should work out legally before signing off any agreements!

Arizona makes an exception to the 50/50 rules where each spouse takes half of any assets or debts if one has committed waste (reckless spending) with those items. For example, say a husband spent $100k on gambling and his wife gets reduced by that amount – she’ll receive only half as much money in property settlement for herself after divorce even though it is primarily her fault!