Custody Rights For Grandparents In Arizona:

What Are My Rights?

Grandparents in Arizona enjoy many of the same rights as parents when it comes to raising and caring for their grandchildren. If you are a grandparent who has been awarded custody or visitation, then here is what you need to know about your rights and obligations:

Child visitation and custody cases were traditionally decided between the parents of the children. The Arizona legislature, on the other hand, amended the family laws in 1983, adding Arizona Revised Statute 25-409. Third-party petitions for visitation or custody, such as those filed by grandparents, are covered by this law. Under A.R.S. § 25-409(C), a grandparent may petition the court for visitation with his or her grandchild. The court may grant the grandparent’s visitation petition if the court finds that doing so is in the child’s best interests. The court must also find that one of these factors exists:

In determining whether grandparent visitation is in the best interests of the child, the court will consider all relevant factors, including:

Grandparents may be forced to seek custody of their grandchildren in certain circumstances. According to Arizona law, grandparents who have “walked in the shoes” of the parent may be entitled to custody. Custody in this situation is known as “in loco parentis” custody. A person who has been treated as a parent by the child for a significant period of time and has formed a meaningful parental relationship with the child is said to be “in loco parentis.”

According to Arizona Statute – A.R.S 25-409, a grandparent must demonstrate that all of the following are true in order to obtain custody:

Grandparent visitation rights in Arizona are governed by state law. The courts will look at what the best interest is for the child, and whether or not granting a grandparent custody would be beneficial for that particular family situation. If you’re wondering how much time your grandchildren spend with their grandparents, it’s important to speak up about this issue before any problems arise!

The decision of child custody is one that needs to be made with careful consideration. One might think it’s a simple matter, but there are many responsibilities and decisions involved in the process. The courts will want to know who has cared for your children most often; how much time you spend together as parents each week; if either parent abuses drugs or alcohol excessively (or have done so in the past); where would your kids live best – near their other family members? The attorneys at GillespieShields are well-versed in a variety of different legal fields, ranging from family law to civil suits, employment disputes and probate cases. Although we specialize in several areas of practice, our greatest passion is family law. Whether you’re filing for dissolution or divorce, determining custody of your children, or thinking about adopting children, our experienced attorneys are here to help you every step of the way.  During our private, one-on-one consultation, we’ll take the necessary time to answer all of your questions surrounding Arizona’s family laws, your family’s unique situation, and the possible court outcomes. Contact us today for your consultation! 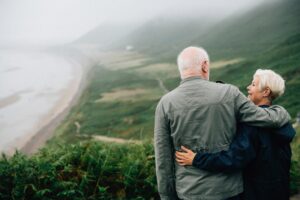