Alimony in Arizona 101: All the Basics You Need to Know

Alimony is the money you receive or pay from one spouse to another as part of an otherwise final divorce agreement. The amount will depend on many factors, such as your income and property division but it’s usually around half for those who were at fault in causing their marriage break up – so think about what could happen if things go wrong with this type of payment before signing anything!

What is separate maintenance?

What is the purpose of alimony?

Alimony is a way for one spouse to gain financial support from the other, even when they do not need it. The person asking will have to show the court that he or she needs alimony in order to prove this case and provide “reasonable” proof of said request; however, there are limits as the well-the amount varies depending on many factors such as how long you’ve been married/whether children were born out of wedlock etcetera but generally speaking if an individual files bankruptcy due at least partly because his ex-wife received child support payments rather than paying themself.

What do I do if I want alimony?

What if I don’t ask for alimony during the divorce, but later I decide I need it?

Requesting alimony during your divorce proceeding is an important step that you must take. You will not be allowed to do so after the case ends, but only when it first begins!

The alimony award is decided by the judge, and this can depend on many factors. If one party wants an order for financial support but their partner does not agree or cannot afford it themselves then they will have to go through a legal process with these demands made of them in court where there could even be awarded amounts set forth as well-money isn’t always everything when deciding what type(s)of separation agreement would work best.

Can men ask for alimony?

Yes. Either spouse can ask the court to award alimony.

How long can I receive alimony?

What if I am receiving alimony and I get remarried?

If you remarry, your alimony ceases to be paid. However, if the court grants permission for this change of circumstance and ends payments on old contracts they would have been bound by before getting married again then there is no need to go through a tedious process just because someone got hitched! 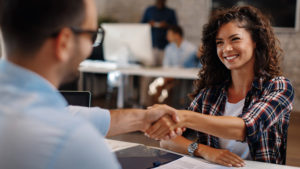 What if my spouse agrees to pay me alimony?

What if my spouse disagrees with me about alimony?

The judge is always looking for the best way to divide property and debts. There are many factors they take into account, but if you want them included in your case then it’s important that all relevant information be brought up from both sides.

The law states that those factors include:

What do I do if my former spouse is behind in alimony payments?

If you’re owed alimony, and the person who owes it is missing payments or hasn’t paid in a while – don’t wait! You can file a motion for contempt against them with law enforcement.

Can my alimony order be changed after the divorce?

When one party in an alimony agreement can no longer afford to pay, it’s important that they speak with a lawyer about their options. The courts will look at different circumstances and materials when deciding whether or not the original order should be modified.

For what reasons might a judge change an alimony award after the divorce?

The judge will consider a modification of an alimony award if the person paying has changed in some way or there is a need for increased support.