What Needs to be in a Prenuptial Agreement in AZ?

No one enters into a marriage thinking that it will end in divorce, but the unfortunate reality is that more than half of all marriages do end in divorce. If you’re considering getting married, it’s important to think about what needs to be included in a prenuptial agreement. In Arizona, there are certain things that must be included in a prenup for it to be valid. Here’s what you need to know. 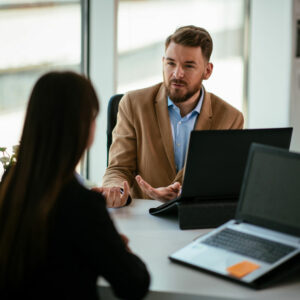 What Does A Prenuptial Agreement Do?

A prenuptial agreement, or “prenup” for short, is a legal document that you and your future spouse sign before getting married. The prenup lists each person’s assets and debts, as well as how these will be divided if the marriage ends in divorce.

Prenups are usually only used by couples who have significant assets or property, such as a home, investments, or businesses. In Arizona, however, there is no law requiring couples to have a prenup in order to get married.

What Should Be Included In A Prenuptial Agreement?

Every prenup is different, but there are certain items that should be included in all prenuptial agreements. Here are a few of the most important:

An Agreement That Is In Writing And Signed By Both Parties

A prenuptial agreement also called an antenuptial or premarital agreement is a contract entered into by two people prior to marriage. The purpose of the agreement is to set out each person’s financial rights and obligations in the event of death or divorce.

Under Arizona law, prenuptial agreements must be in writing and signed by both parties. If the agreement is not in writing, it will not be enforceable. The agreement must also be executed before the marriage takes place.

A prenuptial agreement is a contract between two people who are about to be married. The purpose of the agreement is to define each person’s financial rights and responsibilities during the marriage and in the event of divorce or death.

A Clear Explanation Of Who Owns What Property

In order to make sure that both parties are on the same page regarding ownership of property, it is important for a prenuptial agreement to have a clear explanation of who owns what. This ensures that there is no confusion or disagreement down the road. Without this clarity, one party may feel like they are entitled to more than the other, which could lead to conflict.

Another important aspect of prenuptial agreements is specifying how debts will be handled in the event of a divorce. Debts can often be a point of contention in divorces, so it is important to have a plan in place for how they will be dealt with. Otherwise, one party may end up shouldering the majority of the debt, which could cause financial hardship.

In addition, prenuptial agreements can also be used to protect assets in the event of a divorce. This is especially important for people who have significant assets, such as property or investments. By specifying how these assets will be divided in the event of a divorce, it can help to prevent one party from losing everything they have worked so hard for.

The Agreement Must Not Be Unconscionable

A prenuptial agreement is only valid if it is fair and reasonable. If the content of the agreement is so one-sided that it would be unfair or unreasonable for one party to uphold, then a court may find the agreement to be unconscionable. In order for a prenuptial agreement to be upheld in court, both parties must have voluntarily agreed to its terms and the terms must have been fair and reasonable at the time that they were agreed upon.

A prenuptial agreement in Arizona should include an agreement on how financial decisions will be made during the marriage. This is important because it can help prevent arguments and disagreements about money matters later on.

Some couples choose to have a joint bank account that they both contribute to and make withdrawals from as needed. Others opt for separate accounts but agree on a budget for shared expenses. Still, others give one spouse complete control over financial decision-making.