Visitation Rights in Arizona 101: All the Basics You Need to Know

If you’re like most people, you probably think of visitation rights as something that only comes into play when there’s a custody dispute. But in Arizona, visitation rights are actually much broader than that. In fact, any time someone is not the parent of a child they’re interacting with, they may need to get permission from the child’s legal parents to continue that interaction. So what does that mean for you? Keep reading to find out all about visitation rights in Arizona.

What Are Visitation Rights?

Visitation rights are a parenting time agreement that a court can make in a divorce decree or paternity case.

This parenting time order is a flexible agreement allowing a non-custodial parent to spend a set amount of time with the child, but also ensuring that both parents maintain a meaningful role in their child’s life. 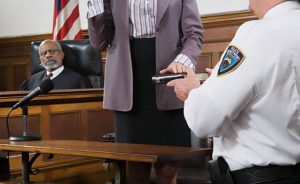 How Can You Secure Visitation Rights In Arizona?

The short answer is a parenting plan. There are a number of factors that the Court looks at in determining a visitation schedule that it deems best for a child, including each parent’s ability to cooperate in sharing responsibilities for decisions concerning the child, the time and expenses involved in transporting a child back and forth between parents’ homes, whether either parent is “unfit,” whether a parent is forced to relocate outside of Arizona with the children, etc.

An attorney can help you put together a parenting plan for approval by a court or aid you in modifying an existing one when there has been a material change in circumstances. If you decide not to file any legal action regarding your visitation rights, ultimately it’s up to a judge whether a given schedule works for a particular child.

A parenting plan is a binding contract, and if a parent doesn’t abide by a provision in a visitation schedule, the other party can seek a court order enforcing the agreement and/or filing a motion for contempt.

Trying to resolve a dispute with a verbal or implied agreement is ill-advised since it will be difficult to prove in court what each party’s responsibilities were and an attempt to do so through mediation will likely result in a settlement that does not include all of the necessary provisions which are not enforceable.

What Is The Best Way For Parents To Resolve Visitation Disputes?

It may surprise people who are unfamiliar with Arizona law to learn that they don’t have to go to a courtroom if a parent wants his or her visitation rights enforced. It is a common misconception that a court order must be issued before a parent can make a claim for visitation. While a family law judge may, and probably will, eventually hear a case like this, judges much prefer to see parents work out their differences with as little interference from the court system as possible.

If you feel the other parent is interfering with your right to spend time with your child, don’t wait for things to get worse. Talk about it now and try to come up with a solution that both of you can live with. If that fails, you might want to start by talking with a neutral third party such as a mediator who specializes in child custody cases. Mediation gives parents a chance to work out a visitation schedule that is best for everyone involved, especially the child.

On the other hand, if court action becomes necessary and a judge has to make a decision about visitation rights, he or she will take a number of things into consideration before coming up with a final ruling. These include:

What Should I Know About Arizona Child Visitation Schedules?

Once a court makes a decision regarding visitation rights it enters an order (called an “order after hearing”) directing one parent to allow another certain amount of time with the child under specific circumstances. This type of custody order allows parents who cannot agree on a parenting plan or a visitation schedule a way to figure it out themselves.

In a majority of cases, a court will approve a proposed parenting plan filed by the parents, but a judge always has the last word. If a proposed plan is not approved a judge may instruct a family law facilitator or a child custody mediator to meet with the parents and try to reach an agreement acceptable to all parties before a future hearing date.

There are often problems where one parent doesn’t allow the other parent enough time with their children, or if they don’t return them on time after visitation periods have ended. These kinds of issues can be avoided as long as parents create a consistent routine that works for both of them.

What Is Parenting Time?

In Arizona, there is no official legal language to refer to parenting time as “visitation” which is why those who have not been married and/or do not share a child together use different words when referring to the scheduled visit by a child’s parent.

Custody is a legal term for a parent’s right to make decisions concerning the health, education, and welfare of a child.

What Are Non-Parent Visitation Rights?

A grandparent or other person who has a significant relationship with a child may file a motion in court asking that they be allowed to visit with their family member on a regular basis. If it is proved that such visits would be in the best interest of the child then a court order may be entered allowing a specific time and a specific manner for such a visit to take place.

If a parent objects then he or she can file a motion with the court asking that the non-parent visitation right be limited, suspended, or terminated. If a parent withholds visitation rights unreasonably then they could face a charge of parental interference.

The law in Arizona is clear that a parent’s refusal to allow a grandparent access to their grandchildren does not constitute a finding of abuse or neglect by the grandparents, nor can it be used as a reason for denying a visitation order.

The major problem with non-parent visitation cases is that they are extremely difficult to prove; you must prove to a judge’s satisfaction that a change has occurred in your relationship or circumstances since the last time your petition or motion for visitation was heard.

What Is Physical Custody?

Physical custody is a term that means a court has awarded a parent a certain amount of time a child will be with a parent. For example, a court might give a person visitation each week from Thursday at 5 pm to Saturday at 5 pm. This would mean the parent has physical custody for those days and hours.

What Is Legal Custody?

The term “legal custody” refers to which parent has the right to make decisions regarding a child’s education, medical treatment, and religious upbringing. A parent with legal custody makes decisions on behalf of their child until they are old enough to make these types of decisions on their own. This means that if your ex-spouse has a doctor appointment scheduled for your child, they would need to get a doctor’s note from a doctor to confirm that a child is ill before a parent with legal custody could take a sick child to a doctor.

Legal custody can be joint or sole. A court will look at the circumstances surrounding each case and issue a ruling on how much authority a parent has when making decisions about their children. In some cases, one parent may have sole legal custody while the other parent has visitation rights only. If this is an issue in your case, you should contact your Arizona divorce lawyer immediately so they can fight for the outcome that best serves you and your children’s interests.

So, what do you need to know about visitation rights in Arizona? First and foremost, if you want to establish or enforce visitation rights, it’s best to talk to an experienced family law attorney. They can help you navigate the process and ensure that your rights are protected. Secondly, it’s important to be aware of the different types of custody and what each means for your case. Finally, always remember that resolving disputes through negotiation is almost always preferable to going to court – especially where children are involved. If you have any questions about visitation rights in Arizona or would like more information on our services, please don’t hesitate to call us today. We’re here to help!