In Arizona, What Are The Deciding Factors For Child Custody In A Divorce?

In Arizona, if a married couple is going through a divorce and wants to determine who will have custody of the children, there are several factors that must be taken into consideration. The judge may consider which parent has been the primary caretaker for the child during their marriage, whether one or both parents has a stable residence near school districts and daycare centers, as well as how much time each parent was able to spend with the children throughout their entire relationship.

In some cases where one spouse is deemed unfit by the court due to drug addiction or abuse, it’s possible that they could lose all rights to child custody completely. It can be difficult when deciding what’s best for your family following a divorce but it helps to know you’re not alone.

Arizona does not have a legal presumption of custody in favor of one parent. This means that both parents are granted equal rights to the child’s care, which is decided by using what will be best for them individually and what each person wants out of their relationship with regards to raising children together or apart as well any other factors like who can provide financially etc., The courts make sure there isn’t bias when deciding who gets custody so no fathers face discrimination over mothers during lawsuits concerning kids arbitration.

In Arizona back when it mattered more likely than now if you were getting subpoenaed into court because your name came up regarding being married then chances were higher males would lose most often but nowadays things aren’t the same.

Is it Joint Custody or Sole Custody?

In Arizona, the court presumes that parents should have joint custody. This presumption of shared parenting is because there’s no longer a need for one parent to be designated as “presumed custodian.” In their opinion, it’s better when both parties can help raise their children rather than just one person being able to do so exclusively.

The courts think this will lead more often in situations where kids feel loved and appreciated by all those who interact with them.

Joint custody is a legal agreement that both parents share decision-making and child care responsibilities, as well as the right of physical possession. This means when it comes to their children’s living arrangements, courts are trying hard not to make drastic changes so kids aren’t hurt by them in any way possible.

If the circumstances dictate, the court may also grant an application for sole custody. The way in which it is usually given to one parent who believes he or she will be better suited to the care of their child, but where there has been reprehensible conduct on behalf of another parent — sometimes even if they don’t have legal rights yet!

When it comes to deciding who will have legal decision-making for their child, the courts consider certain factors. These considerations help them make an informed choice that’s best suited towards meeting all of your needs as well those of any other children in question too! 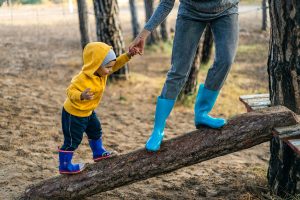 The factors that Arizona Revised Statute 25-403 looks at to decide who gets primary custody of the children include: