7 Fast Facts About Prenuptial Agreements in AZ in 2022

If you’re getting married in Arizona in 2022, then you’ll want to know about prenuptial agreements. Here are seven fast facts about them that you need to know. Prenups can be helpful for both people getting married and those who have been married before. They can help protect both parties interests in the event of a divorce. If you’re thinking of getting a prenup, make sure to consult with an attorney first to learn more about your specific situation. 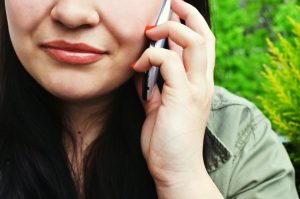 Fact #1: The Popularity Of Prenuptial Agreements Is Increasing

There are several reasons for the increasing popularity of prenuptial agreements. One reason is that people are marrying later in life, and they may have more assets to protect. Another reason is that people are becoming more aware of the potential for divorce and the need to protect themselves financially. Finally, prenuptial agreements can provide clarity and peace of mind for both parties going into a marriage.

Fact #2: People Get Married Later In Life Contributing To The Rise Of Prenups

There are several reasons why people getting married later in life may contribute to the rise of prenups. One reason is that people who marry later in life tend to have more assets than those who marry earlier. This means that there is more at stake in a divorce, and thus more reason to protect one’s assets with a prenup.

Another reason is that people who marry later in life may have been through a divorce before. This means that they may be more likely to view marriage as a contract, rather than as a sacred institution. This can lead to a greater desire to protect oneself financially in the event of a divorce.

Finally, people who marry later in life may simply be more aware of the potential for divorce. With the divorce rate as high as it is, it is not surprising that people who are getting married later in life would be more likely to consider a prenup.

Fact #3: Prenuptial Agreements Adhere To Certain Requirements To Be Valid

Prenuptial agreements are contracts that two people create before they marry. The purpose of a prenuptial agreement is to establish each person’s financial rights and responsibilities during the marriage and in the event of a divorce.

To be valid, a prenuptial agreement must meet certain requirements. For example, both parties must voluntarily sign the agreement without any coercion or duress. In addition, both parties must disclose all of their assets and debts to each other, and they must do so honestly and fairly.

Fact #4: A Prenuptial Agreement Must Be Considered Fair To Be Enforceable

Fact #5: Both Spouses Should Have A Lawyer When Drafting A Prenuptial Agreement

There are a number of reasons why both spouses should have a lawyer when drafting a prenuptial agreement. By having separate legal representation, each spouse can be sure that their own interests are being protected and that they fully understand the terms of the agreement.

Additionally, having two lawyers involved can help to ensure that the final agreement is fair and equitable for both parties. Finally, in the event that there are any disputes over the terms of the agreement down the road, having two lawyers already familiar with the case will make resolving those disputes much easier.

There are some limits to what can be included in a prenuptial agreement. For example, child support and custody arrangements cannot be part of a prenuptial agreement. Also, any provision that would encourage divorce or that is otherwise deemed to be against public policy will not be enforceable. In addition, any provisions that are unfair or one-sided may not be enforced by the court.

Fact #7: Prenuptial Agreements Can Be Modified

Though prenuptial agreements may seem unromantic, the fact is that they are becoming more and more commonplace as couples get married later in life. If you are considering getting married, it’s important to be aware of the requirements and limits of a prenuptial agreement so that you can make an informed decision about whether or not to sign one. At GillespieShields, we can help you draft a fair and binding prenuptial agreement that will protect your interests in case of divorce. Give us a call today to learn more.